Once again, Elon Musk is the main headliner of the cryptocurrency media.

This time in his Twitter, he informed the world that Tesla (as announced earlier) began to accept bitcoin as a means of payment for cars.

However, for now, this feature is only available to customers from the U.S., the rest of the countries are connected during 2021. At the same time Tesla notes that it is not responsible if the customer sends the cryptocurrency to the wrong address.

What will Tesla do with the bitcoins? Accumulate. In early February 2021, it was revealed that the company had invested $1.5 billion in BTC, and now the proceeds will increase the company’s position in the cryptocurrency. 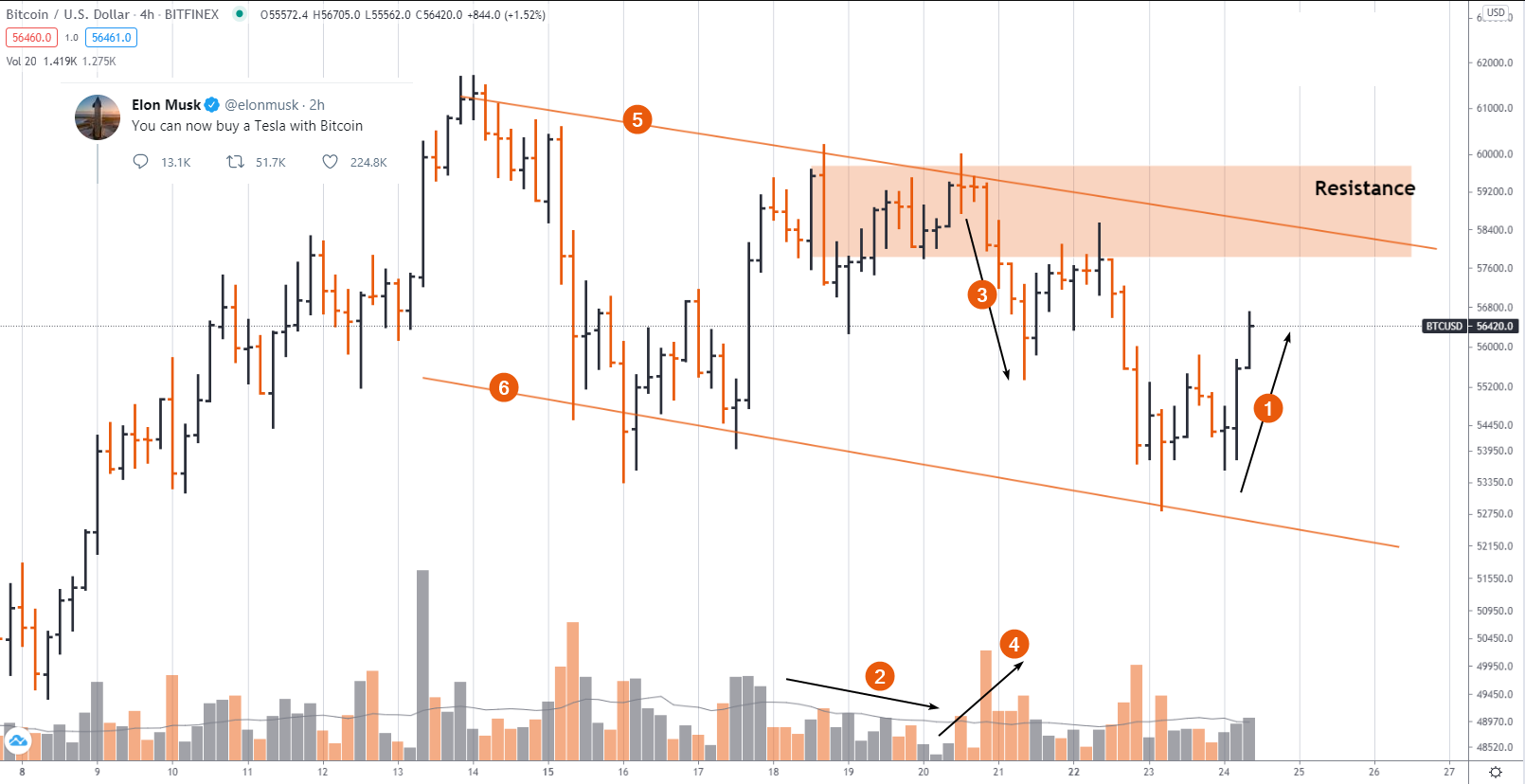 The bitcoin price reacted with a rise (1), but not much. If the market does not react to bullish news, it is a sign of its relative weakness.

The chart provides confirmation, showing that 59,000 looks like an important obstacle to further rally.

We see a decline in trading volume on March 19-20 (2), and a subsequent decline in price (3) amid increasing volumes (4). This interaction of price and trading activity can be interpreted as a deficit of buyers around the 59k level. And only when the quotation began to fall, the market revived. In this context buyers and holders of the coin should be alerted by the formation of the descending channel, which is already more clearly seen (5-6).