In a recent conversation with Fortune CEO Alan Murray, Visa CEO Al Kelly made some interesting points about Visa’s attitude toward cryptocurrencies.

Al Kelly does not reject that bitcoin can become a substitute for gold, but he does not predict what the value of cryptocurrencies will be in five years. However, he assured that if they become mainstream, Visa won’t leave it out. And it is already preparing for such a scenario.

Thus, in early 2021, it was revealed that the company is working to:
a) allow bitcoin purchases with VISA credentials and b) allow bitcoin to be converted into fiat currency.

The Visa boss also predicts that stabelcoins (digital currencies backed by fiat currency) could become a strong means of payment. Recall that Visa added USD Coin to its network in December, opening the way for USDC credit cards.

Meanwhile, there is a temporary lull in the BTCUSD market. 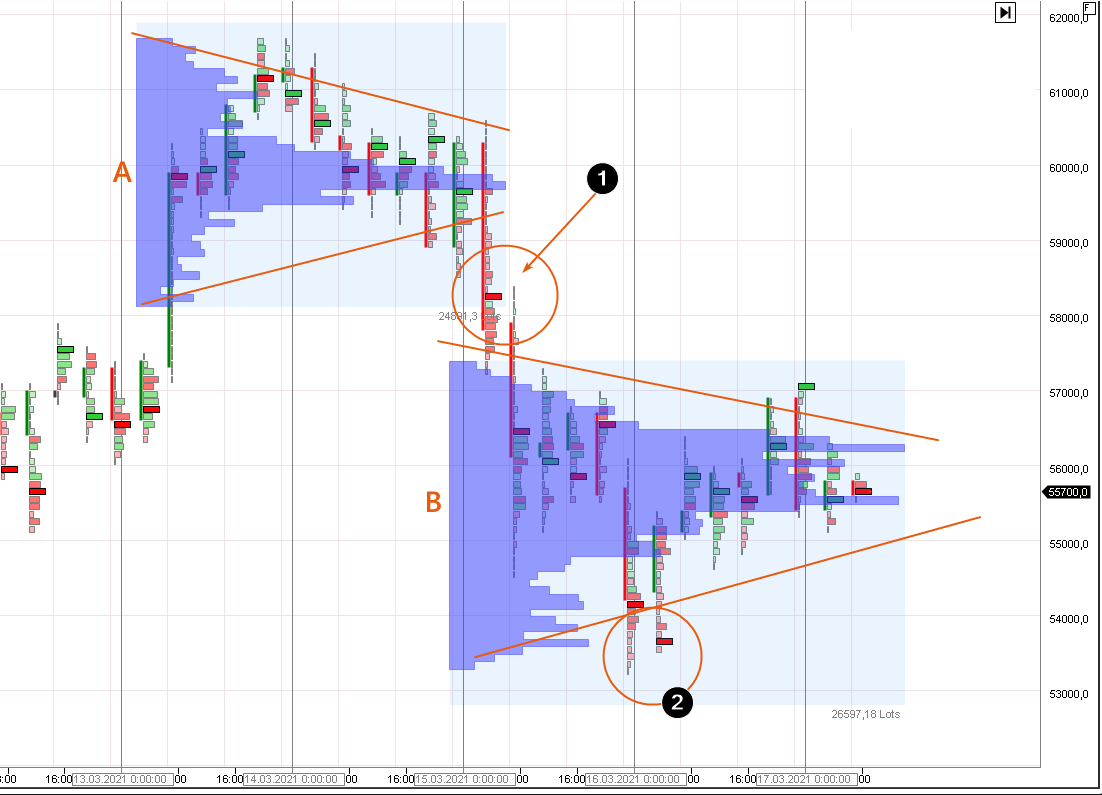 The buyers didn’t manage to keep the gains above 60K and the A balance was broken down.

The sellers’ pressure intensified (1) at the level of about 58 thousand (this level will act as resistance).

The decline slowed down in point (2), around 54 thousand, when the market was in a panic. The mass liquidation of long positions allowed the sellers to fix the profit, and the price entered the consolidation stage with the formation of the balance B.

At the moment, the demand is temporarily balanced by the supply. Watch for the development of the situation and the direction of the breakout, which will resolve the formation of the balance B (it is marked by a narrowing triangle).