On February 21, bitcoin set a new record exceeding the level of 58 thousand dollars per coin. But is everything so serene? Be cautious not to miss the danger signals coming in.

Analysts at the world’s sixth-largest bank, JPMorgan, point out that bitcoin is highly overvalued. It has already surpassed gold in terms of capital risk. In their opinion, the fair value of BTC is $25,000, which is less than half of its current price. BTC’s mining cost, which is $11,000, is the lower end of fair value. 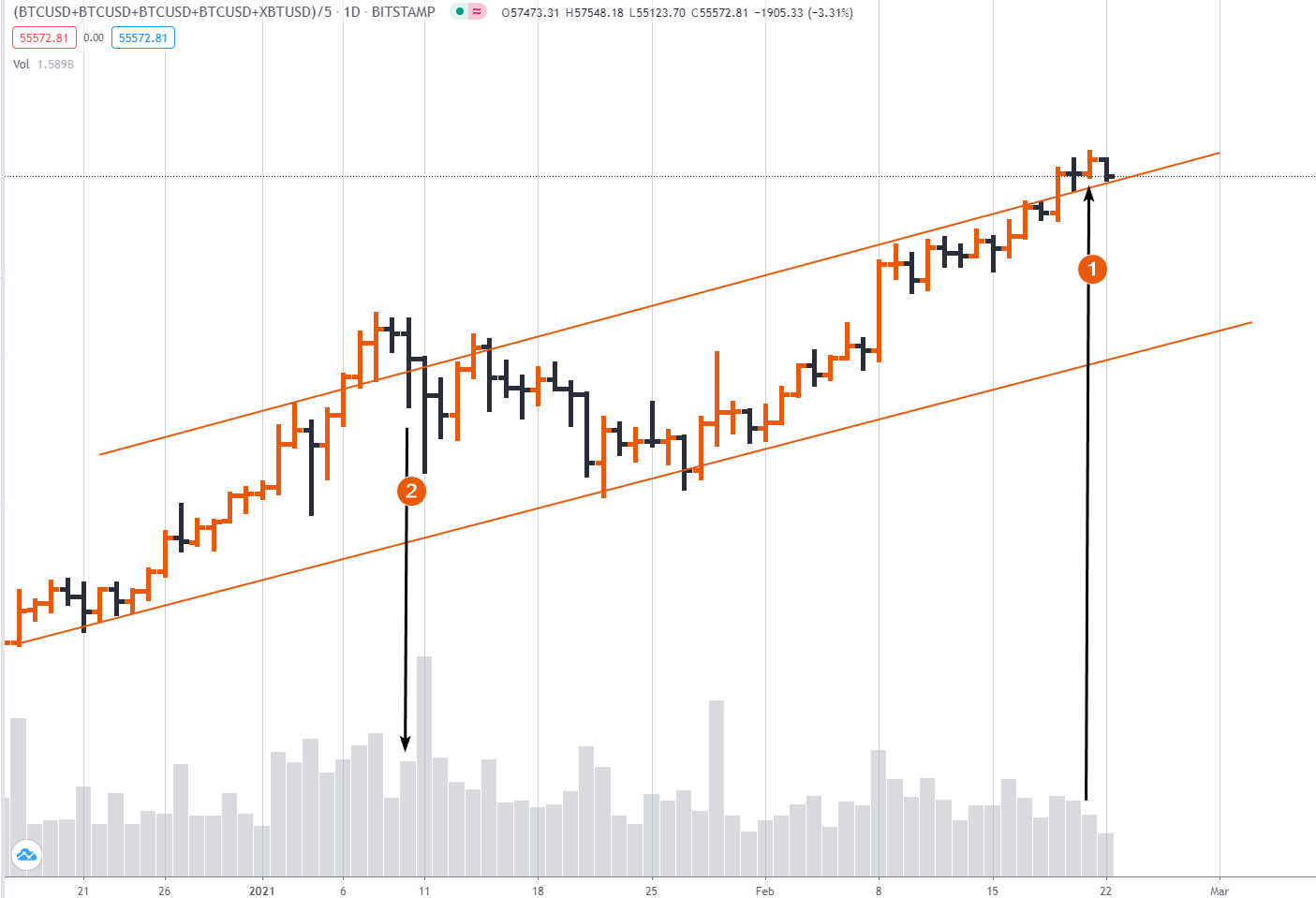 To its record high of February 21, the price rose on very low volumes (1). This most likely indicates weak demand. The coin is probably growing by inertia and any downward momentum could mark the beginning of a significant correction inside the current channel.

Watch out for downside bars on rising volumes, which would indicate an attack of “ambush bears”. An example of such a bar is January 10 (2), when bitcoin started a correction from 40,000 to 30,000 that lasted for over 2 weeks.