The Correlation Between Bitcoin & S&P500

The correlation between Bitcoin & S&P500 gets a lot of attention, & rightfully so It’s a big reason why $BTC is so attractive to hold in a portfolio. This is large because $BTC has been UNcorrelated to other asset classes for its entirety.

What is correlation?
The strength of a linear relationship between two variables. For our situation, the relationship between the returns of $BTC vs stocks.
Bitcoin has been UNcorrelated almost it’s entire life. This makes sense for a few reasons:
•Different factors driving the valuation of a company vs a new form of money
•Fewer people/institutions own Bitcoin relative to how many own stocks
•The risks associated are different
Correlation is measured with a coefficient between 1 & -1 which signal a strong positive relationship or a strong negative relationship.
Here’s how $BTC stacks up vs every asset for the last 3 years:
• 0 correlation to S&P
• .08 avg correlation to all other asset classes 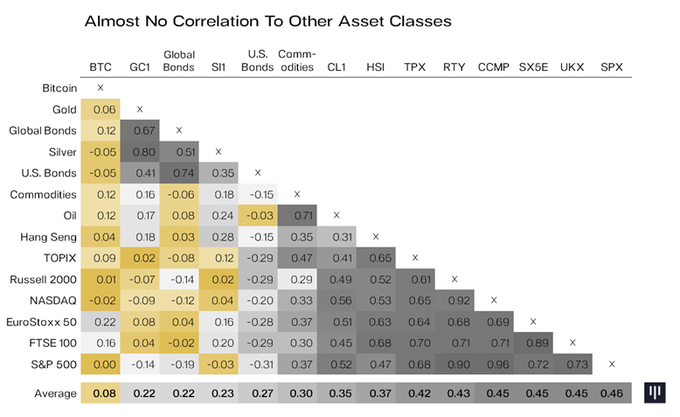 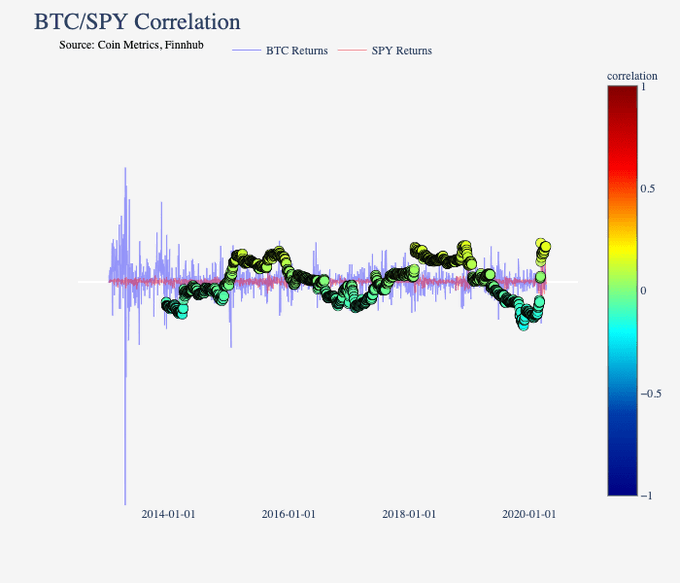 Now, if you zoom in to this year, the correlation is slightly higher between the two. The peak was around March 12th as all “risky” assets sold off together. (likely reason: In a crisis, everything sells off together as the driving force behind that decision is dominated by fear) 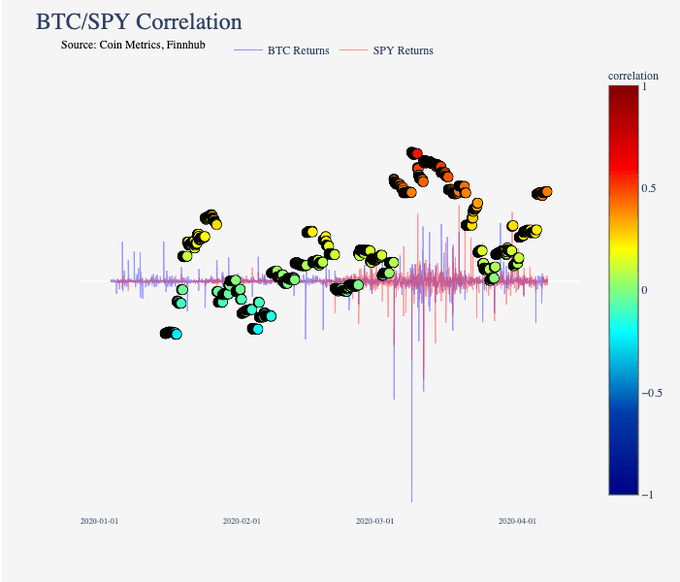 Now you’re probably scratching your head. Are they uncorrelated like they’ve been for the majority 5+ years?? Or are they correlated because the chart for both goes up & to the right??

This is where a little nuance enters the thread. BTC & stocks have shown a higher correlation recently, at times trading tick-by-tick with each other. The way to approach this is summarized well by Alameda Trabucco which you can find here.

TLDR:
•Bitcoin & S&P have been largely uncorrelated for years
•The correlation moves from slightly positive/negative but mostly near zero
•During panics it will be highly correlated (like everything else)
•Correlation has been at all-time highs lately, which is not the norm